Wegerzyn Gardens resides along the Stillwater River where Siebenthaler Avenue crosses the river.  The gardens formed in 1973 as the Benjamin Wegerzyn Horticultural Center and became part of the Five Rivers MetroPark in 1995.  The Wegerzyn Gardens Foundation oversees the educational programs as well as the park’s continued development.  The park consists of a series of eight gardens that feature pavilions, pergolas, arbors, and urns adorned with an array of interesting and colorful flowers.  This garden has produced many of my popular gardenscape prints.  The park’s intimate gardens produce peaceful compositions which adorn many Miami Valley healthcare facilities and patient rooms. 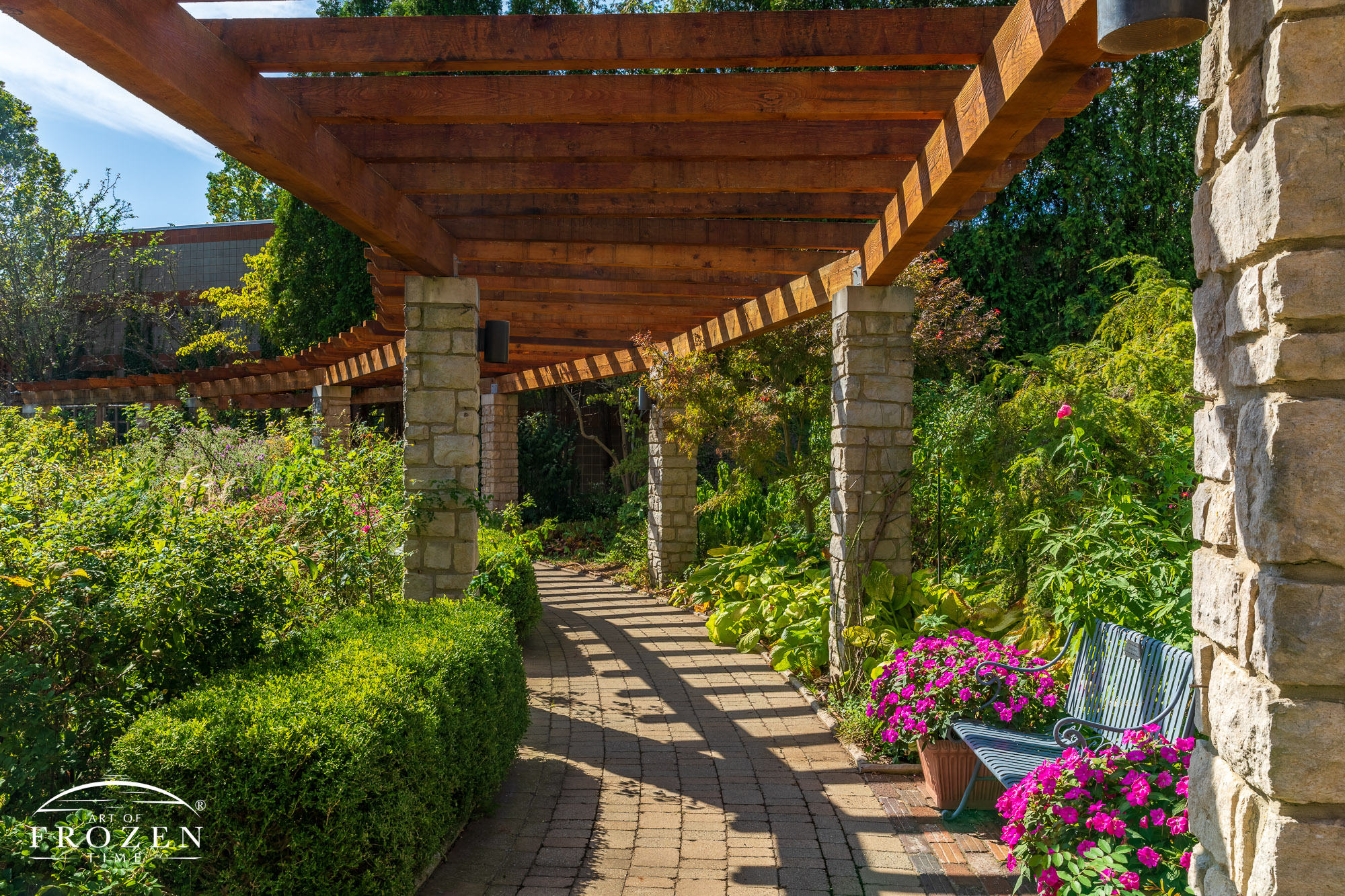 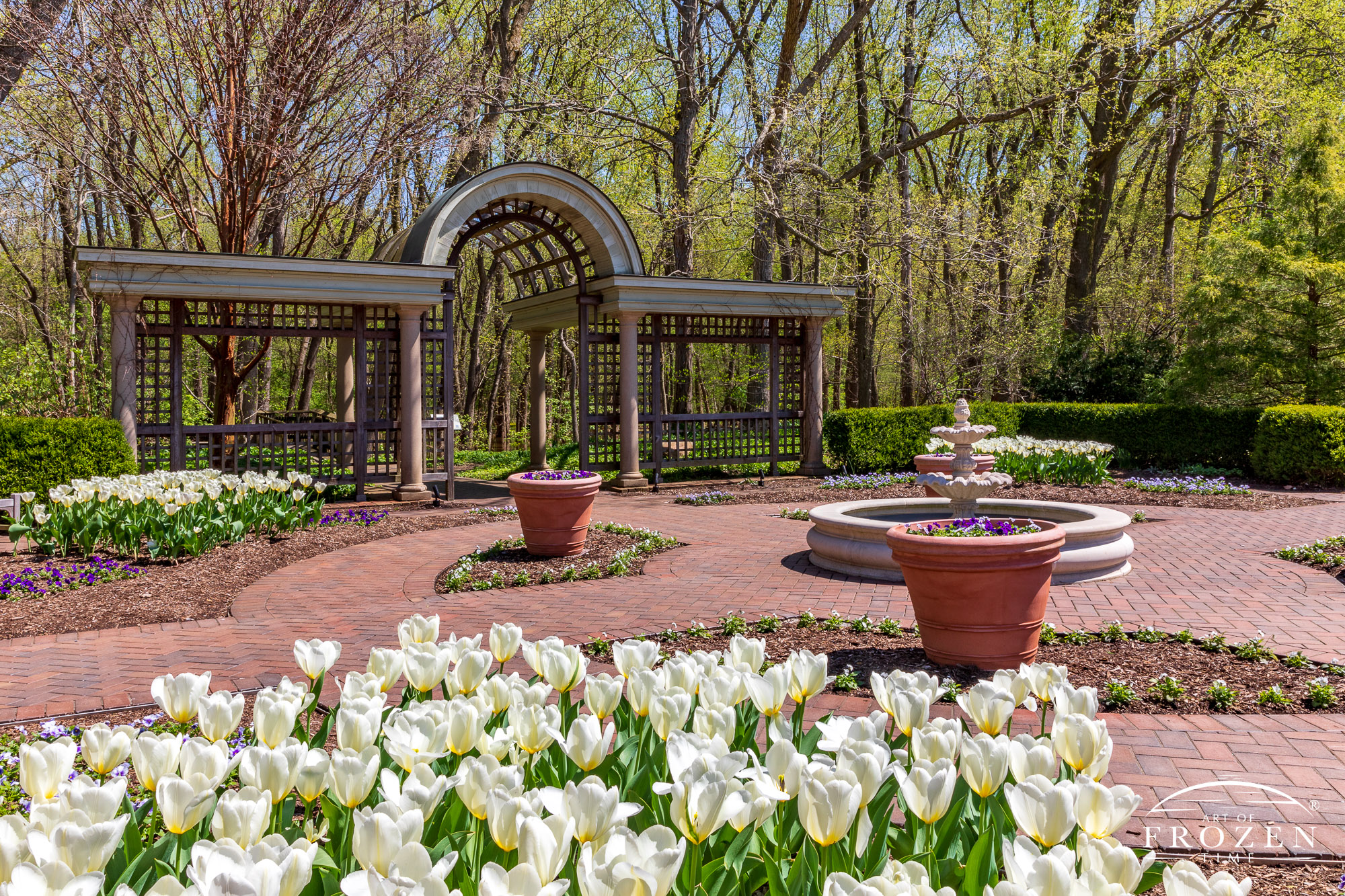