Centerville, Ohio, enjoys a host of fine parks thanks to the Centerville-Washington Park District.  Overall, there are 51 parks in the district.  Several of these parks serve as Centerville Ohio landmarks and are part of my Centerville Fine Art Photography portfolio.

A few of my favored Centerville parks are Bill Yeck Park, the Smith House, the Walton House Museum, and Holes Creek Park.

In addition to the joint arrangement between Centerville and Washington Township, the City of Centerville also operates Leonard E. Stubbs Memorial Park which contains several features including Centerville Community Amphitheater, the Monkey House, the Veteran's War Memorial, a large pond, fountains, and walkway which meander throughout the park.  Edwin Earl Miller’s Monkey House serves as a Centerville Point of Interest for its whimsically shaped 6-sided two-story building with a copper top.

Another Centerville venue features Benham’s Grove which serves as a community gathering place for weddings, graduations, receptions and meetings.  Despite Centerville’s growth, Benham’s Grove was preserved on land once owned by Aaron Nutt, a Centerville Founding Father the structures built by Joseph A. Benham who purchased the property in 1844. 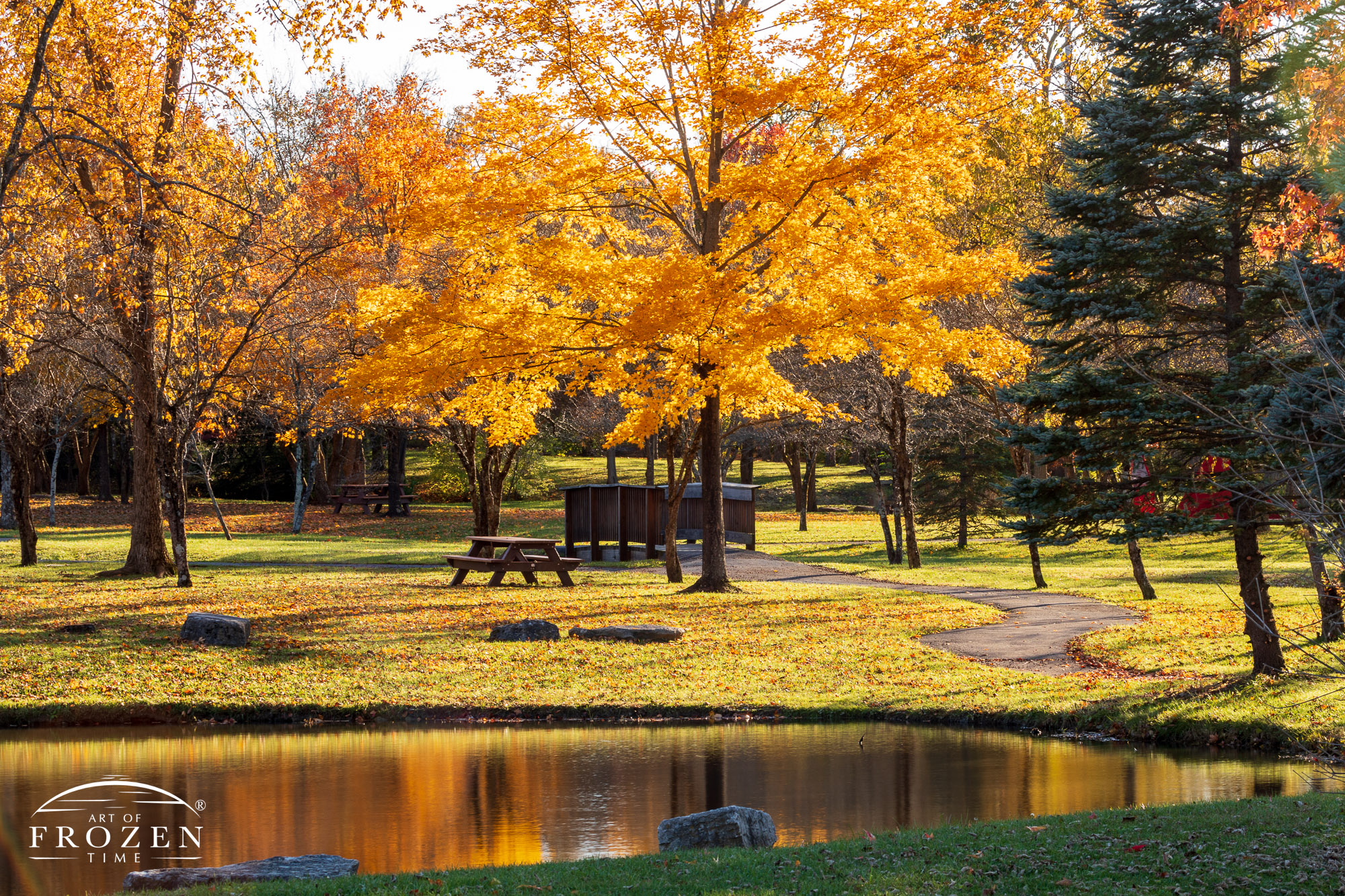