Charles Young was an escaped slave who later became a Buffalo Soldier and then a high-ranking black Army officer before WWI.  During his career, he taught military science at Wilberforce University where he purchased this home in 1907.  Later in life, he served as a U.S. National Park Service superintendent which led to President Obama designating his former home the Charles Young Buffalo Soldiers National Monument in 1913.  This Wilberforce point of interest is currently under renovation. 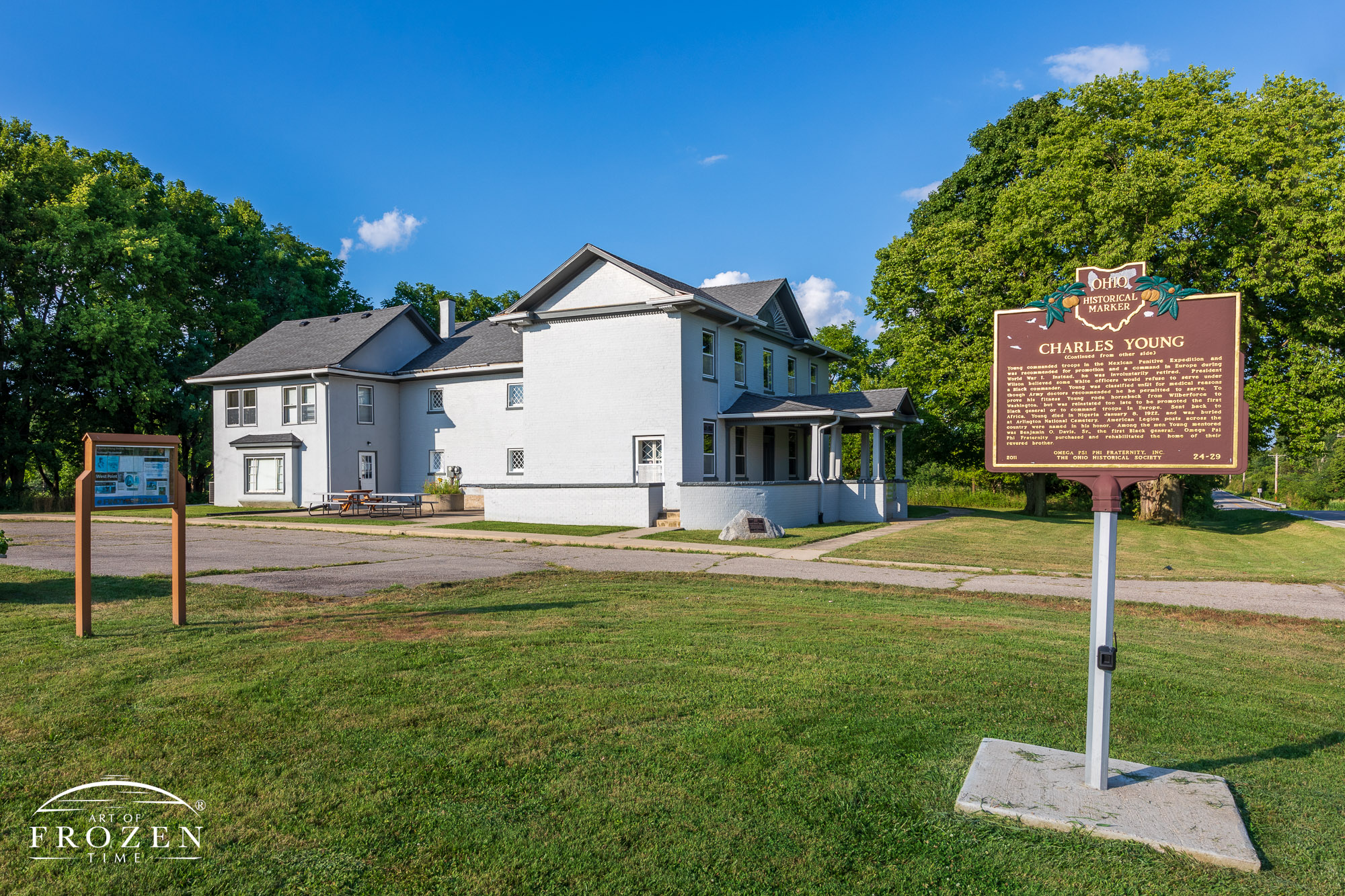